Rich with history, culture and spectacular nature, there’s really no other place in the world quite like Puerto Plata.

Puerto Plata’s natural bounty continues to astound those who lay eyes on La Novia del Atlántico, or as locals call it, the Atlantic’s Darling. A bird’s eye view from the cable car–the only one in the Caribbean, taking passengers to Mount Isabel de Torres and its lush botanical gardens–reveals part of an Atlantic coastline with more than 100 kilometers (62 miles) of beaches gracing multiple coastal villages, inland farming communities replete with rivers and falls, and hotels of all sizes to suit all tastes. To boot, Puerto Plata is home to colonial vestiges, including the largest collection of preserved 19th century Victorian-style houses in the Caribbean, the oldest amber fossils in the world on display at the Amber Museum, and one of the first colonial period fortresses in the region at Fortaleza San Felipe, dating back to 1577. 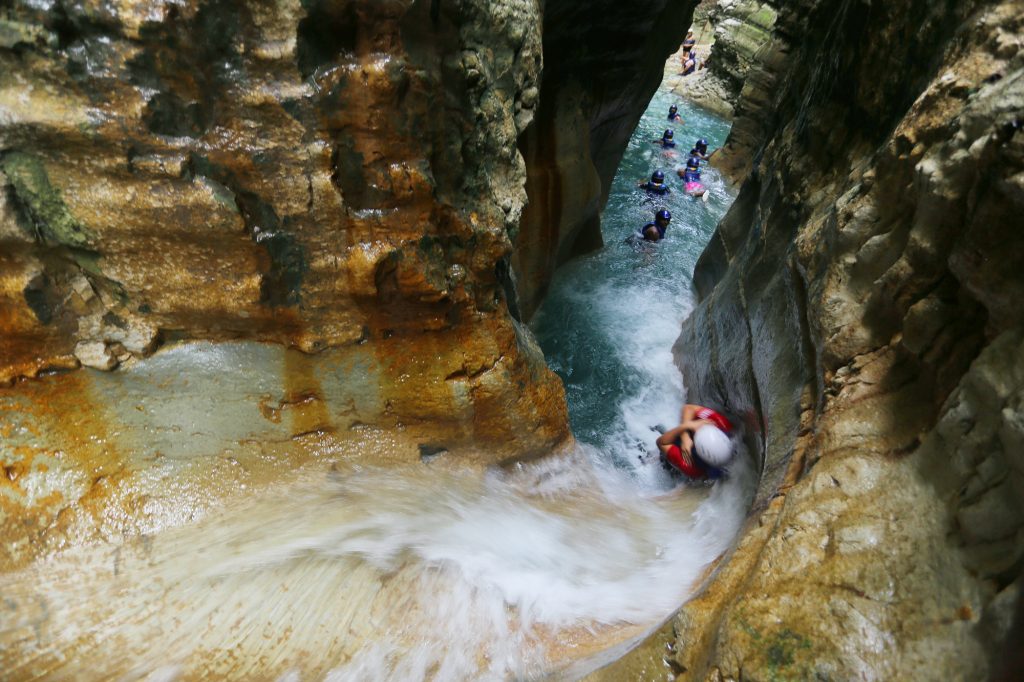 What to See and Do

East and west along Puerto Plata’s coastline, steady trade winds, river systems, the vast Cordillera Septentrional mountain range and the Atlantic Ocean conspire to create a world of outdoor adventure, including beach towns renowned for water sports. Less than half an hour from the city, Sosúa was first settled by Jewish immigrants who fled Nazi Germany, boasting beautiful beaches where expats and locals coexist, and rich underwater sites. Nearby Cabarete is a world famous hub for windsurfing, surfing, and kiteboarding, and a favorite cosmopolitan hideout of snowbirds. Playa Dorada is for those who want to relax in style on golden stretches, with seaside activities near the city, from canyoning at 27 Charcos of Damajagua waterfalls to snorkeling at Cayo Arena, and relaxing at Ocean World Marina.

Nature aside, Puerto Plata’s multitude of vibrant villages translates into a host of cultural experiences. Home of community tourism, here is where you can hike family-owned cacao or coffee plantations, learn how to play and dance merengue from a family of musicians, or immerse in Dominican pelota at the Bartolo Colón stadium and museum. Along the way are a multitude of culinary experiences, from roadside snacks to beachside seafood, and gourmet international restaurants. 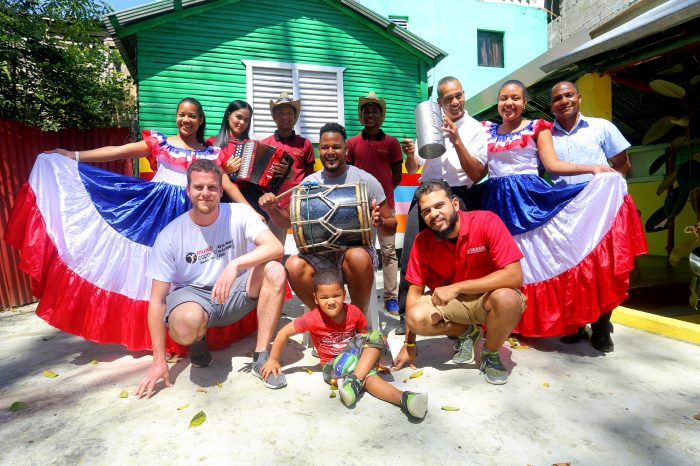 Remember when Johnny told Baby in Dirty Dancing that he couldn’t teach her to dance because she “couldn’t even do the merengue?” Well, you won’t have that excuse after this fabulously rhythmic and tasty tour! … 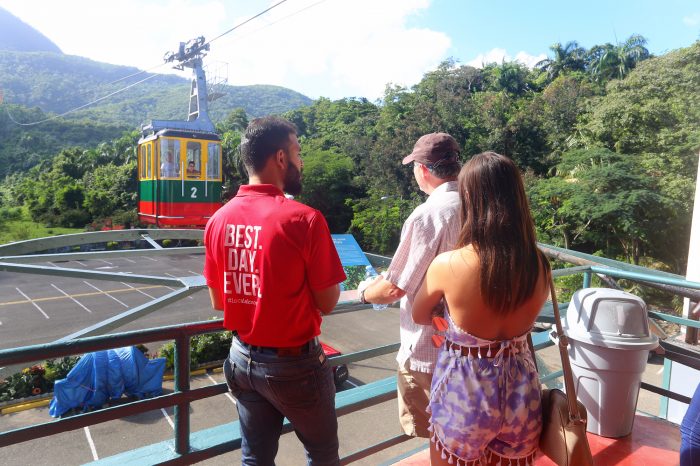 So you’ve arrived in Puerto Plata and you want to see all its iconic sites in one day? Look no further, we’ve got you covered. Join us for an action-packed five hours that squeezes in a … 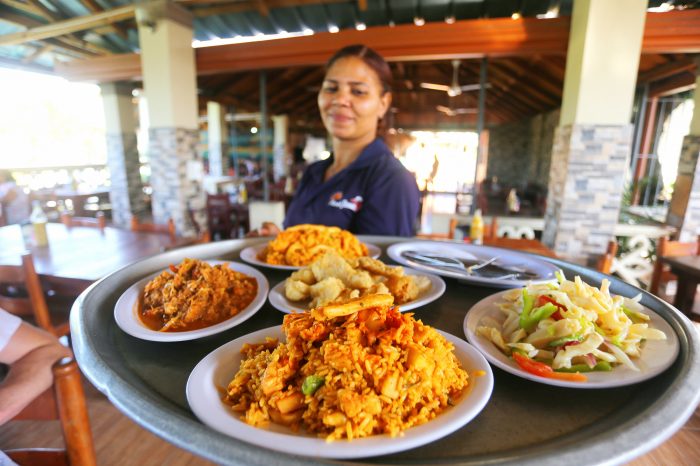 Discover the Dominican Republic through its delicious food on a full-day adventure with a local guide. Explore the sensational Dominican countryside and discover its culinary gems before enjoying a seafood lunch at a traditional restaurant … 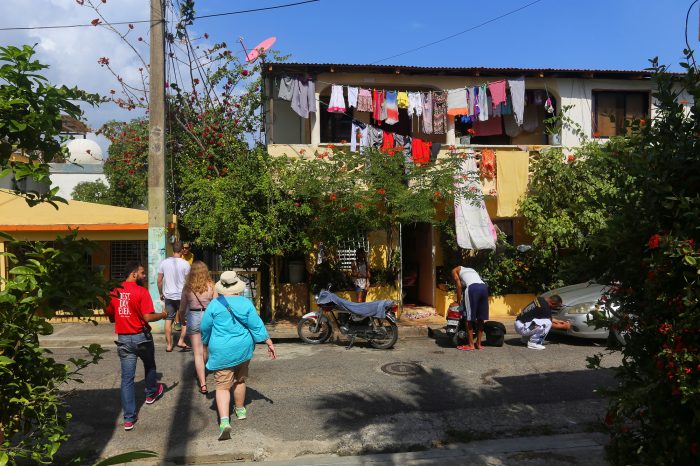 Spend a morning away from your sun lounger and discover the real Puerto Plata! Once a hub for pirates and explorers, the area holds rich culture and history, and you’ll love discovering it with us. … 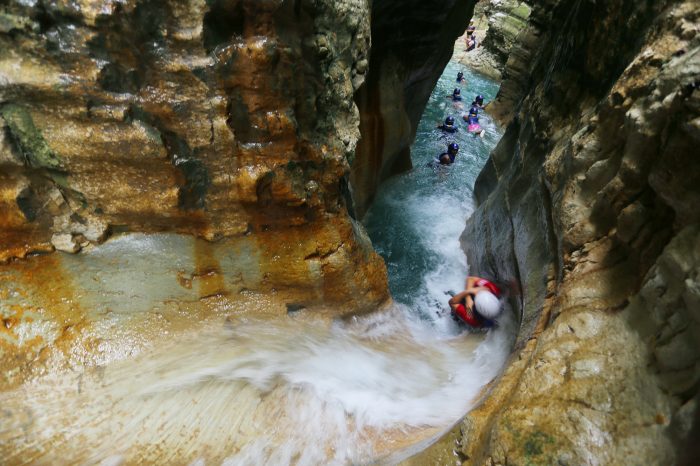 Welcome to paradise! Take a stimulating trek through lush rainforest to discover the best of the 27 waterfalls at Damajagua. Hike, slide, swim and jump your way around this watery assault course, with a local …